To share your memory on the wall of Robert Miller, sign in using one of the following options:

Provide comfort for the family of Robert Miller with a meaningful gesture of sympathy.

Print
Robert Miller, Pop-Pop to his children and Bob as he was known to most, was called to heavenly rest on Tuesday, August 27, 2019 at Capital Health Hopewell. He was surrounded by his loving family.

Bob was born on March 5, 1941 in the hi... Read More
Robert Miller, Pop-Pop to his children and Bob as he was known to most, was called to heavenly rest on Tuesday, August 27, 2019 at Capital Health Hopewell. He was surrounded by his loving family.

Bob was born on March 5, 1941 in the historic section of Harlem, New York. His late parents McKenzie and Susan Miller introduced Bob to his big brother, Mack.

He attended and graduated from N.Y. City Schools. Immediately after graduating, Bob joined the U.S. Air Force and served from 1958 until 1962. He had orders for Chateauroux, France where he worked as a Medical Service Specialist. While overseas, Bob traveled and took classes to improve his knowledge of different languages. He spoke fluent French.

After his honorable discharge from the USAF, he attended and graduated from the N.Y. City RCA Institute with honors. When Bob was hired by David Sarnoff Research Center/RCA in August of 1965, he moved to Mercer County. He retired June 2005 after 39 years and 10 months of dedicated and loyal service. His title at his retirement was Leader, Integrated Circuit Wafer Fabrication.

An avid Giants fan and all other NY sports teams. He was nicknamed “Hawk” by his fellow baseball teammates in school and on the fields at Inwood Park in Manhattan. He also played baseball for Sarnoff/RCA.

Bob just loved to exercise so he also played racquetball, golf, cross country skiing, white water rafting, running and he boxed for his Air Force unit in France. He played tennis until the age of 72 and made many trips to the U.S. Open.

Bob married the former Patricia Boone on April 4, 1987. They moved from Trenton to Ewing that same year.

Bob accepted Christ at a young age. He knew the Bible and formed a personal, loving relationship with the Lord. He would call on Him for comfort and in thanksgiving.

A loud strong voice and laugh. He was a great storyteller full of wisdom but always seeking more. Loved to read especially, Kiplinger, Popular Science, Consumer Reports and Money magazines, also anything about history. He gave good sound advice. He was an inspiration to many.

In lieu of flowers, memorial contributions can be made in Bob’s memory to the GNI Neuroscience Foundation for Alzheimer and Parkinson Research, 3100 Princeton Pike, Bldg. #3, Suite D, Lawrenceville, NJ 08648-Dr. G. Peter Gliebus.

To plant a memorial tree in honor of Robert Miller, please visit our Heartfelt Sympathies Store.

The insignias listed here may be subject to copyright and / or trademarked. Those copyrights and trademarks are owned by the respective organizations.

We encourage you to share your most beloved memories of Robert here, so that the family and other loved ones can always see it. You can upload cherished photographs, or share your favorite stories, and can even comment on those shared by others.

Posted Sep 07, 2019 at 10:11am
Pat I am sooo sorry to hear about your loss. My prayers are with you. You and Bob played an important role in my children’s lives when thy were young. God bless you.
Comment Share
Share via: 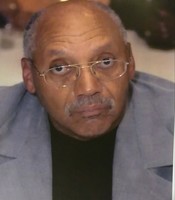