To share your memory on the wall of Ronald Gering, sign in using one of the following options:

Provide comfort for the family of Ronald Gering with a meaningful gesture of sympathy.

Ronald was the recipient of the 2016 Bishop M. Sullivan Award as well as many other accolades. He enjoyed watching Rutgers Football, landscaping and gardening. He loved traveling the world with his wife Connie and his greatest joys in life were his children and grandchildren as well as spending time with family and friends. He was a most loving and devoted husband, father, grandfather, brother, uncle and friend to many.

A Mass of Christian Burial will be celebrated Friday, October 4, 2019 at 11:00 AM at Incarnation Church, 1545 Pennington Ave., Ewing, NJ. Burial will follow in the Ewing Church Cemetery, 100 Scotch Rd., Ewing, NJ. Family and friends may call Thursday evening from 5:00 PM to 8:00 PM and Friday morning from 9:00 AM to 10:00 AM at the Parkside Brenna-Cellini Funeral Home, 1584 Parkside Ave., Ewing, NJ 08638. In lieu of flowers, memorial contributions may be made in Ronald’s memory to El Centro Catholic Charities, 327 So. Broad St., Trenton, NJ 08608. Please visit Ronald’s tribute page at www.brennacellinifuneralhomes.com
Read Less

We encourage you to share your most beloved memories of Ronald here, so that the family and other loved ones can always see it. You can upload cherished photographs, or share your favorite stories, and can even comment on those shared by others.

Posted Oct 03, 2019 at 01:44pm
In memory of Ron Gering, New Hope, PA, who promoted and participated on the Shade Tree Commission for the betterment of the community with thoughtful and committed expertise applied towards a healthy tree canopy in the Borough.

Posted Oct 03, 2019 at 10:22am
Miss you already Uncle Ron- but you remain the roots of a mighty Gering tree of which we are all branches.

Posted Oct 03, 2019 at 08:11am
Ron was such a kind soul. I had the pleasure to work with him for the past 18 years. I will always remember his smile and all the things he taught me over the years. He was such an asset to Catholic Charities and he will be missed and remembered by all who knew him. Rest in Peace Ron.

Posted Oct 02, 2019 at 10:40pm
As family, we were blessed to have Uncle Ron, who to us was "just" Uncle Ron, the "fun" Uncle, because when we where together, we were his focus, we didn't talk about his work, reading these memories and hearing from all the people he touched so deeply is amazing and a learning experience for us.
We love him because he's our Uncle, to find out so many others love him because of what he did for them , makes him that much more special. 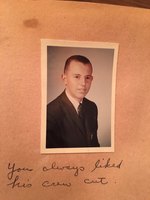 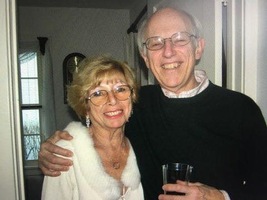 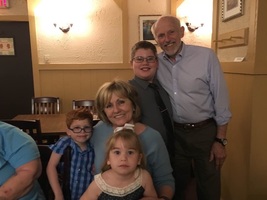