To share your memory on the wall of Anthony Capriotti, sign in using one of the following options:

He was active in the Society of Mercer County Pharmacist’s as past secretary, treasurer and president. He was dedicated to the community of N. Trenton, as the first point in the health care system. Anthony played the accordion for several years in the ABC Trio, performing for several nursing homes in Hamilton Township. He was a parishioner of Our Lady of Sorrows -St. Anthony’s Parish, serving as a lector for 20 years. He was also a member of its Holy Name Society for over 50 years and enjoyed reading and just being a do-it-yourself man about the house. He was a member of the Hamilton Senior Center and for several years a contributing member of the Hamilton Seniors Theatrical Group where he made so many wonderful memories with his many friends.

Anthony was a loving and devoted husband, father, grandfather, great-grandfather, uncle and friend to many. He loved his children who were #1 in his eyes and he took great pleasure in contributing to the many family get togethers.

Son of the late Nicholas and Lucy (DiGuiseppe) Capriotti; brother of the late Marie LaMachia; father-in-law of the late Michael Cherin; brother-in-law of the late Joseph Bonifazi; Anthony is survived by his one and only love of 68 years, Loretta “Laura” (Bonifazi) Capriotti; his 4 beloved children, Lucia Jackson (Brian), Elizabeth Cherin, Patricia Nalbone (Frank) and Nicholas Capriotti (Sherri); 3 adored grandchildren, Daniel Cherin (Neyha), Christopher Cherin (Kristin) and Nicole Nalbone; a great-grandson, Ari Anthony Cherin; as well as many other family and friends.

A Mass of Christian Burial will be celebrated Monday, December 2, 2019 at 11:00 AM at Our Lady of Sorrows Church, 3816 E. State St. Ext., Hamilton, NJ. Burial will follow in St. Mary’s Cemetery, Hamilton, NJ. Family and friends may call Monday morning at church from 9:30 to 11:00 AM. Funeral arrangements are under the direction of the Hamilton Brenna-Cellini Funeral Home, 2365 Whitehorse-Mercerville Rd., Hamilton, NJ 08619. In lieu of flowers, memorial contributions may be made in Anthony’s memory to Penn Medicine Princeton Hospice, 1 Plainsboro Rd., Plainsboro, NJ 08536 for the hiring of more hospice aides to the attention of Sandra McGregor.
Read Less

We encourage you to share your most beloved memories of Anthony here, so that the family and other loved ones can always see it. You can upload cherished photographs, or share your favorite stories, and can even comment on those shared by others.

Posted Dec 20, 2019 at 10:11am
Dear Capriotti Family,
I am so sorry for your loss.
I had worked with Anthony's sister Marie at the Lab in West Trenton. I believe she spoke of her brother and had talked fondly about family members often. It looks like, from the pictures here, that he had a wonderful life and such a beautiful wife. And what a long and highly esteemed career, serving the community.

Posted Dec 04, 2019 at 06:14pm
I had a Father who talked with me. Allowed me the right to disagree. To question----and always answered me, as well as he could ----and truthfully. He talked of adventures; horrors of war; Of life, its meaning; what love was for; How each would always need to strive to improve the world to keep it alive. Stressed the duty we owed one another to be aware each man is a brother. Words for laughter he also spoke, a silly song played, a happy joke. Time runs along, and I am not wise, but I look at life with seeing eyes. My heart is happy, my mind is free, I had a Father who talked with me. I LOVE YOU, DAD! Give Mike my love. Bet 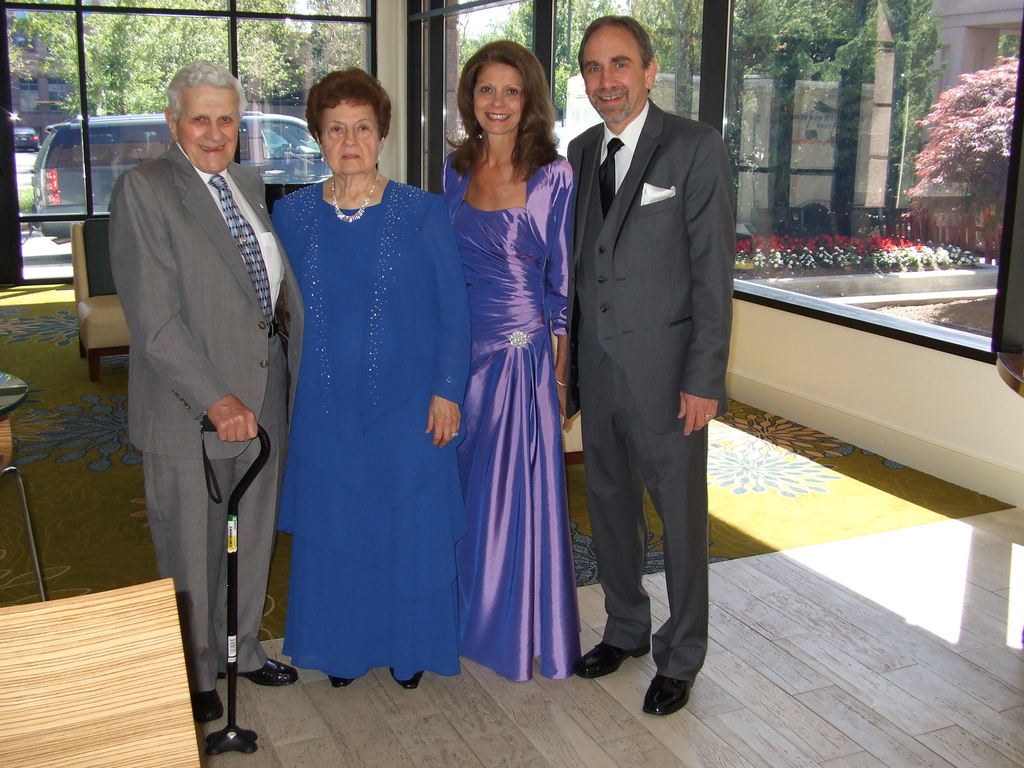 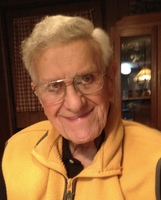 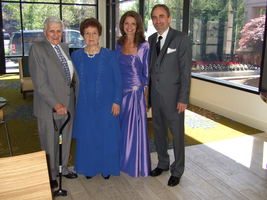 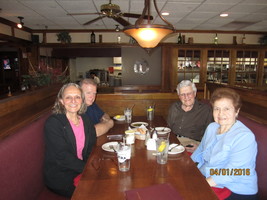 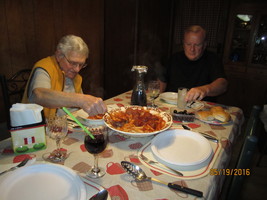