To share your memory on the wall of Dorothy Kobylarz, sign in using one of the following options:

Dorothy worked with lawyers for nearly 40 years and went back to school later in life to earn her associate’s degree. She ended her legal career as a paralegal at the Mercer County Counsel's office. In addition to her preparation of complicated legal documents, she was described by her former colleagues as much more than a paralegal - she was the office mom, mentor, and confidant. She had encyclopedic and invaluable knowledge of County history and so much more.

Known as “Dot” or “Dottie” to her friends, she enjoyed taking trips with her husband, Anthony, and going to lunch, having tea, and shopping with her girlfriends. She loved cooking and spending time with her entire family (but most of all her beloved grandchildren, who called her “nonni”) and was famous for her eggplant parmigiana. Dot was a loving and devoted wife, mother, grandmother, sister, aunt, cousin, and friend to many. She was deeply loved and will be missed by all who knew her.

Cremation was held privately. Funeral arrangements are under the direction of the Hamilton Brenna-Cellini Funeral Home, 2365 Whitehorse-Mercerville Rd., Hamilton, NJ 08619. A Mass of Christian Burial will be celebrated at a later date to be announced.
Read Less

Print
Mass of Christian Burial to be announced at a later date.

We encourage you to share your most beloved memories of Dorothy here, so that the family and other loved ones can always see it. You can upload cherished photographs, or share your favorite stories, and can even comment on those shared by others.

Posted Mar 19, 2020 at 09:13pm
Dottie was an amazing woman! Whenever in her company, she would make you feel right at home. She could put a smile on face within minutes during a conversation. She was one of a kind and will be greatly missed and remembered in our hearts forever! Love, Joannie and John
Comment Share
Share via:
MS

Dot wAs a beautiful person inside and outside. She was a loyal friend and helpful to so many. She will be truly missed by many. To know her was to love her. She and Anthony were a match made in heaven. Rest in pease Dor, say hi tomichele when you get up there and give her a hug for all of us. 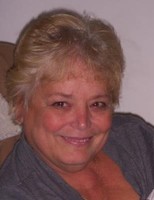