To share your memory on the wall of Janet Lee, sign in using one of the following options:

Provide comfort for the family of Janet Lee with a meaningful gesture of sympathy.

Print
Janet Marie Lee, 86, of Hamilton, New Jersey entered eternal life on May 16, 2020 at Robert Wood Johnson University Hospital Hamilton, succumbing to complications from Covid-19.
Janet was born Janet Marie Carey on January 29, 1934 in Atlantic C... Read More
Janet Marie Lee, 86, of Hamilton, New Jersey entered eternal life on May 16, 2020 at Robert Wood Johnson University Hospital Hamilton, succumbing to complications from Covid-19.
Janet was born Janet Marie Carey on January 29, 1934 in Atlantic City, New Jersey to Alma (Wiles) and Walter Carey. Hers was a family of faith, and Janet’s devotion to Roman Catholicism would chart her course for her entire life.
As a young girl Janet moved with her parents and younger brother to Elizabeth, New Jersey, and soon another brother was added to the family. Janet’s family lived a very modest life, but her parents insisted that their children be educated in Catholic schools. Janet graduated from St. Mary’s High School in Elizabeth in 1951.
After graduation, Janet pursued her lifelong dream of becoming a nurse, enrolling in All Souls Hospital Nursing School in Morristown, New Jersey. Some of Janet’s fondest memories were from her time as a nursing student, and she remained close to several of the friends she made there throughout her life. Janet graduated as a Registered Nurse in 1954. But her time in Morristown produced more than a RN certificate. One of her nursing school instructors introduced Janet to her brother, Ben Lee. After a mostly long-distance courtship while Ben served in the Army overseas, Janet and Ben were married on April 2, 1956. They moved to Denville, New Jersey, where they quickly set about having the large family Janet always dreamed of, welcoming five children between 1957 and 1961. In 1963 the family moved to Hamilton, New Jersey, and in 1967 their sixth child was born. Janet loved nothing more than being a mother, and she devoted herself completely to raising her rambunctious brood in a loving, and highly disciplined, home.
Janet returned to nursing after her youngest started school in the early 1970s, first at St. Francis Hospital in Trenton, New Jersey, and then as the school nurse at St. Anthony High School so that her work schedule would be aligned with her children’s school schedule. Janet made many deep and lasting friendships with faculty and staff during her 15 years at St. Anthony. There are countless stories of her impact as the high school nurse, but a recent one stands out. When Janet was in the hospital in January 2020, the hospital Chaplain came to offer her communion. He recognized her name and her face and asked if she was the school nurse at St. Anthony High School. When she said that she was, he shared his treasured memory of Janet’s kindness to him as he managed various health issues as a young man. He remembered “Mrs. Lee” writing him a hall pass to the nurse’s office so she could check in on how he was doing. Janet is remembered for innumerable such kindnesses.
Janet never strayed from her calling. After leaving St. Anthony she shared her skill and compassion with residents of Mercer County Geriatric Center in Hamilton and then at the Anesthesia Pain Treatment Center in Trenton, where she was well loved and respected. Janet loved care taking, and it was her huge heart and genuine love of service to others that drove her to continue her nursing practice until she retired at the age of 80.
Janet’s love of music and staying active sustained her. The sounds of musical soundtracks and her favorite crooners could always be heard in the house. And when she was not working or caring for her six children, then her nine grandchildren, she could be found riding her bike in Veterans Park, walking in the neighborhood, swimming at the Y, or bowling at Hamilton Lanes in a bowling league.
Janet has many loved ones waiting for her in Heaven, including her parents, her brother Bob, an infant son, an infant great grandson, two nephews, and many dear in-laws and close friends. She is survived by her brother Den and her six children who cherish her and miss her dearly: Kathy Harding (Mike), Ben Lee, Michael Lee (Theresa), Mary Jo Ammon (Steve), Theresa Harding (Dave), and Chris Lee (Pam). Janet’s nine grandchildren and nine great grandchildren sorely miss their loving Gram: Alison and Drew Bruschi (Cooper, Carter and Logan), Michael Lee, Jr. (Mikey), Justin and Jacey Lee (Olivia and Landon), Caitlin and Erik Kiffe (Avery), Nicole and Anthony Cortina (Addison and Emma), Lauren deLevie, Thomas Beckett, Stephanie and Brent Riddle, and Erica and Kevin VanDerLinden. Janet is also survived by dozens of nieces and nephews.
In her final days, Janet’s family was unable to surround her in love physically, but the heroic staff at RWJ University Hospital Hamilton, i.e., doctors, nurses, aides, techs, hospice staff, and Chaplain Ted, were committed to making sure that Janet was not alone. Janet’s family takes great comfort in that and is eternally grateful.
Due to the restrictions on gatherings necessitated by the global pandemic, Janet’s burial will be limited to her immediate family. There will be a celebration of Janet’s life when it is safe to do so. The family looks forward to sharing stories of Janet’s life with all who knew and loved her.
Janet has requested that donations be made to autism research. Any donations that directly support the workers on the front lines of this catastrophic public health emergency would also be appreciated.
Funeral arrangements are under the direction of the Hamilton Brenna-Cellini Funeral Home, 2365 Whitehorse-Mercerville Rd., Hamilton, NJ 08619. She will be laid to rest privately on Thursday, May 21, 2020 at Our Lady of Lourdes Cemetery, Hamilton, NJ.

Janet’s six word memoir: She loved, and taught us how.
Nurse’s Prayer:
Give to my heart, Oh Lord…
Compassion and understanding.
Give to my hands skill and tenderness.
Give to my ears the ability to listen.
Give to my lips words of comfort.
Give to me, Lord…
Strength for this selfless service.
And enable me to give hope
To those I am called to serve. Amen.
Read Less

We encourage you to share your most beloved memories of Janet here, so that the family and other loved ones can always see it. You can upload cherished photographs, or share your favorite stories, and can even comment on those shared by others.

Posted May 21, 2020 at 03:49pm
I am very sorry to hear of Janet's death. She was a great friend, lots of fun to be with, had a wonderful sense of humor, and pleasant to be around. I will miss her! May you all find peace .
Helen Crocker
Comment Share
Share via:
JK

Posted May 19, 2020 at 06:26pm
So sorry for your loss the entire Lee and extended family. She will be missed, but can say that she lived a full and loving life. Plus she didn’t suffer and she went to heaven peacefully on her terms.
Comment Share
Share via: 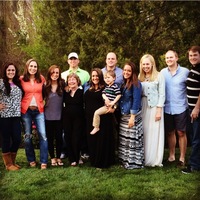 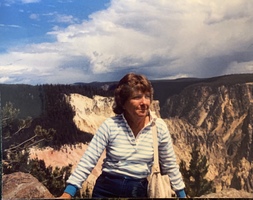