To share your memory on the wall of Samuel Cortina, sign in using one of the following options:

Sam served in the U.S. Coast Guard in the North Atlantic during World War II beginning in August of 1943 until his honorable discharge on April 1, 1946. Sam was involved in many civic and social activities in the Trenton area. He was associated with the Boys Club of Trenton and the Trenton Jewish Community Center “JCC” for over 20 years. He was a member of the Hamilton Knights of Columbus Council No. 6213 where he served as a 3rd Degree Knight, a member of the D.A.V. Chapter 41 of Hamilton, a member of the V.F.W. Post 3525 of Hamilton, and a member of the FERMI Federation. He was a member and Official Emeritus of the Delaware Valley Chapter of the National Football Foundation and College Hall of Fame. He was certified as an NJSIAA football official in 1949 and also administered the NJ State Cadet Training Program that trained others to become football officials. Sam officiated football and track on the field well into his 80’s, at the concern of his children, for a total of almost 60 years. As a concession, he resigned to running the clock for the remainder of his career. A lifelong learner, it was necessary for him to learn how to use the computer and the Internet in order to receive his scheduling assignments for track and football.

Sam was a parishioner of Our Lady of Sorrows Church since 1961. He was a loving and devoted son, husband, father, grandfather, great-grandfather, brother, uncle, friend and mentor to many.

A Mass of Christian Burial will be celebrated Wednesday, February 10, 2021 at 11:00 AM at Our Lady of Sorrows Church, 3816 E. State St. Ext., Hamilton, NJ. Entombment will follow in Greenwood Cemetery, 1800 Hamilton Ave., Hamilton, NJ. There will be no calling hours. Funeral arrangements are under the direction of the Parkside Brenna-Cellini Funeral Home, 1584 Parkside Ave., Ewing, NJ 08638. Please visit Samuel’s tribute page at www.brennacellinifuneralhomes.com.
Read Less

The insignias listed here may be subject to copyright and/or trademarked. Those copyrights and trademarks are owned by the respective organizations.

We encourage you to share your most beloved memories of Samuel here, so that the family and other loved ones can always see it. You can upload cherished photographs, or share your favorite stories, and can even comment on those shared by others.

Posted Feb 09, 2021 at 08:21pm
Our thoughts and prayers are with you and your family. Your father was a kind and generous man. With heartfelt sympathy and fond remembrances. Love

3 trees were planted in the memory of Samuel Cortina

Posted Feb 12, 2021 at 03:52pm
So sorry to hear of Sam's passing. Our thoughts and prayers are with the family during this unimaginable time. - Ben, Christine, and Ella Taylor

Posted Feb 12, 2021 at 11:37am
I was so sorry to hear for "Sam's" recent passing. As a past member of the Brandywine Living staff I got to know Sam pretty well in the years I was there. Sam used to come to the chair yoga class I led, even after I retired due to Covid 19. Because of the pandemic we had to have the class outside in the parking lot until it became to cold to do so. Sam had a great sense of humor and was always so grateful for any extra help I could give him (like helping him match his clothes or fix his phone, etc...). He loved music and though he couldn't read the song sheets he still came to our sing-a-longs and any other musical programs or educational progarms that were offered. He often lamented about the challenges of getting old but kept right on going when the going got really tough. Sam will be greatly missed by all that knew him. Rest in peace, Sam! Sincerely, Peghi Thacker
Comment Share
Share via:
JS

My deepest sympathy, and my prayers for you and the entire family. 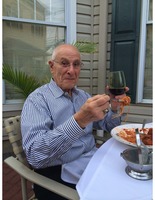 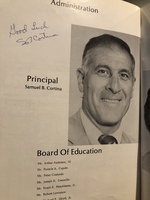